If you know me, you probably know I really like animals—especially those of the anthropomorphic variety.

If you don’t know what “anthropomorphic” means (I didn’t for a long time XD), the word refers to “having a human form or human attributes” (via Merriam-Webster). Basically, if you take an animal, vegetable, or inanimate object and personify it in some way, you’ve just created an anthropomorphic being—an anthro. The rats of Nimh, Bob and Larry, Lightning McQueen—all of these characters are anthros. In fact, you’d be surprised at just how many fictional characters have some or more features that qualify them as anthros. For the sake of this little ramble, though, assume that when I say “anthro,” I’m referring in particular to anthropomorphic animals.

So speaking of which, if there’s a book, movie, TV show, or just about anything else that features anthros in it, I probably know about it, and I probably like it. Not surprisingly, most of my own characters are anthros as well: rodents, felines, vulpines, equines—you name it. And anthros make up 75% of what I draw.

But why? Why this obsession with animals that walk and talk and have eyebrows? To put it in internet terms, why (and how) did I become a “furry?”

Well, I’m not sure when exactly it began, because I liked anthros even when I was very young. I loved shows like Special Agent Oso and My Little Pony: Friendship Is Magic and characters like Pat Pat Rocket and Toodles. I was drawn to books like Franklin and Beatrix Potter and The Lion King storybooks. And I always wanted to meet the Easter Bunny. So, I guess you could say I was pretty much born with that natural preference. But as I got older, I began to consciously choose animals and anthros over humans. When I was about 11, I discovered the Redwall books, which really kickstarted this.

Whenever I read about an anthro in a book or see one in visual media, I feel like an imaginative threshold has just been crossed. We’re not dealing with humans anymore; we’re not dealing with the ordinary. A walking, talking, joking animal has just been introduced. This is not something that I encounter in my everyday life, and therefore it’s something I’m interested in.

This is not something that I encounter in my everyday life, and therefore it’s something I’m interested in.

So when it comes to drawing anthros, there’s that same thrill of feeling like I’m pushing my imagination, forging a new path. I’m not just drawing a human or an animal, but a blend of the two. I’m combining two dominant forces of nature, and the result can only be something epic. Also, I’ve found that drawing anthros has been helpful for becoming familiar with both human and animal anatomy simultaneously. I think the humans and animals I draw today are better because I started with a foundational hybrid of the two.

When it comes to writing anthros, though, things become a bit more complicated. One might think that a person who writes anthros—or even just animals in general—has a lot less material to work with. One might imagine that no reader would ever be able to relate to an anthro character as they might a human character. After all, unlike with humans, the innermost thoughts and feelings of animals cannot be fully understood. We can compare, assume, and imagine, but we can’t really know.

For me, there’s freedom in that.

I am not a prying person. I do my best to respect when a person doesn’t want to tell me something personal. Why? Because I know how dark the human mind can be. If someone doesn’t want to share something with me, frankly, I’m usually grateful. Because most of the time, as selfish as it sounds, I don’t want to know (even though maybe I should).

But when I write my own character, I have to be the one to know that darkness. I am their creator, after all. And this is where my anthro characters come in so handy. Writing an anthro allows me to get close to them without feeling like I’m invading their personal space, like I’m seeing something I shouldn’t see. Put simply, for me, anthros are less real than humans, and because of that, I’m allowed to make them more real.

For me, anthros are less real than humans, and because of that, I’m allowed to make them more real.

I am a young writer who, God willing, still has much to learn and a long, long way to go. But even now, I can’t help but feel so grateful that God has given me, of all things, the talent of writing. I, a lowly sinner, get to breathe life into a new creation as God breathed life into me. And I get to cultivate that creation, nurture it, guide it, and eventually send it off into the world to be, I hope, a light glowing with God’s glory.

I don’t know why God gave me the partiality to anthros that I have. But part of me wonders if it isn’t preparation of some sort. What if God is urging me to write these anthro characters now so as to better write human characters—ones that readers may, perhaps, relate more to—in the future? Or maybe—most likely, more like—He has something completely different in mind—something that I can’t imagine now but that will fit with His plan perfectly. Both are frightening thoughts, but also exciting ones.

To my fellow writers, I hope you know how lucky you are. Remember that God spoke our world into existence, and now you have been given the chance to do the same of another world, a world that only you can build, filled with characters—whether anthro, human, or something else—that only you can know.

If that isn’t power, I don’t know what is.

(P.S., If you’re interested in learning more about these anthro charries that I’m so fond of, you can read a bit about them here!)

Check out my Etsy store, TheFoppishFox, to find a lovely selection of homemade stickers with a frivolous flair! ♥ 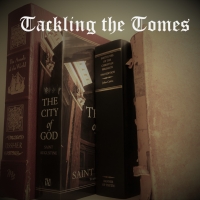 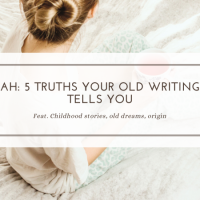 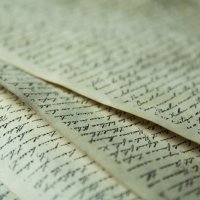