Hello, everyone! I know I haven’t been posting much these past few months—and I apologize for that *glares at college*—but I wanted to pop on here real quick to share an update on random life stuff with y’all. ❤

I’ve been obsessively listening to country music lately, not totally sure why. XD I’m in kind of a romantic mood, I guess? Sometimes that happens when autumn/winter rolls around. >u< Check out my Country playlist on Spotify!

I’m doing Inktober again! Not sure where I’m finding the time for it, but it feels good to be drawing semi-frequently again. ^_^; I’m not worrying about doing a drawing every day, nor am I trying to do anything super complicated, tidy, or impressive. I’m just drawing for fun, which is always how it should be, am I right??

I’m also not following any prompts this year—instead, my focus has been on redrawing old characters who I haven’t revisited since I first drew them. That means going back through my oldest (old = 2018) sketchbooks, which has been really fun! I’ll post my Inktober doodles at the end of the month, so get ready to see some unfamiliar (but dear) furry faces! 😉

I’ve added several new stickers to my Etsy store since I last posted about it! The Foppish Fox now offers stickers inspired by:

and more! Save for the Green Ember sticker pack, all my stickers feature original art—and all of them are handmade with love and care! Every order includes freebies, too! 😉

Football is back! Football food is a big deal in my family. Instead of going to watch the games in person (which we can’t afford anyway), we stay home and order fun food to eat while we watch! We spend the week keeping a lookout for new restaurants to try and then get something different every Sunday. So far we’ve ordered Mexican, Indian, Salvadoran, pizza, and…Costco. (Hey, they have fun stuff in the refrigerated section! XD)

It’s a great way to support local businesses and try new food from places where you might not normally go—especially if takeout happens to be their thing! (It’s also a good way to ease the pain of your team’s consistent mediocrity. *cries*)

My family and I took our annual visit to the Hyatt Regency Hill Country Resort in San Antonio last week (you can read about last year’s trip here!), courtesy of my dad’s work! I absolutely adore this resort, so it was wonderful to be there again. I sat in a giant plush chair in the lobby/indoor porch under a massive fan and read Plato, listened to music, and thought about things. (Reading that in writing sounds lame, but I assure you it was quite nice. It was one of those calm, key-to-the-soul moments you think back on later and smile about. ^_^)

We’re also planning on going to Disneyland and Hawaii in November for my parents’ twenty-fifth anniversary. It’ll be a tricky trip to manage with school and Covid nonsense, but I’m hopeful it’ll work out. Fingers crossed!

We’ve been rewatching all the most recent Spider-Man movies in anticipation of the release of Spider-Man: No Way Home in December! (Because in case you haven’t heard, No Way Home is going to be doing some serious multiverse-ing! 0_0)

Of the Tobey Maguire movies, the first one was predictable (and Green Goblin is annoying), the second one was okay, and the third one was probably my favorite—if only because it introduced me to the plethora of hilarious Bully Maguire memes online. XD We also watched both Andrew Garfield movies (which were meh… Garfield is a little obnoxious at times), the legend that is Spider-Man: Into the Spider-Verse, and, of course, the two previous Tom Holland movies. So I think I can now say that I am officially ready for whatever No Way Home decides to throw at me!

(And, I’m sorry, but do you realize how cool it is that characters are crossing movies/franchises/dimensions?? Like?? That has never been done on on this scale of movie before (at least to my knowledge)! It just *puts hands up* I can’t get over it. For some reason it really excites me. XD)

*restrains self from ending this section with a Bully Maguire quote*

All right, to close out this post…I started college! I cannot fully put into words what a roller coaster of…everything this past month and a half have been for me. I’ve made new friends, had to rapidly add more “business-casual” attire to my wardrobe, agonized over whether I’m qualified to be there, and stretched my brain to the breaking point.

It’s been hard on so many levels, but I’m doing it all anyway because it’s what I want. I want to learn. I want to flourish and be wise. I want to know these people who, like me, wanted something more and were willing to chase after it.

Yes, I want this, I tell myself when my eyes are blurring from fatigue and I feel like crying into my copy of Plato: The Complete Works.

And It will be worth it.

And somehow I keep finding the strength to push on.

“Be careful,” the president whispered to me as I was officially initiated as a member of the college, “the splendor of joy may overwhelm you.”

By the way, I will be posting more about college in the future, hopefully! I really want to talk more about my experience so far and what makes this college so special. But I’m tired of talking about me, so I think that’s enough for now. XD

How are y’all?? Do you like country music? Are you doing Inktober? What’s your favorite football snack? Have you ever been to San Antonio? Who’s the best Spider-Man? (It’s Miles 😉 ) And fellow college students: how’s it going?? *weary thumbs-up*

I’d love to chat with y’all about anything and everything, so feel free to drop a comment below! ❤

Check out my Etsy store, TheFoppishFox, to find a lovely selection of homemade stickers with a frivolous flair! ♥ 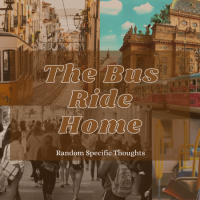 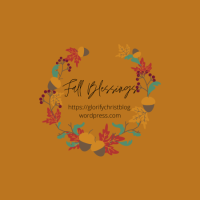